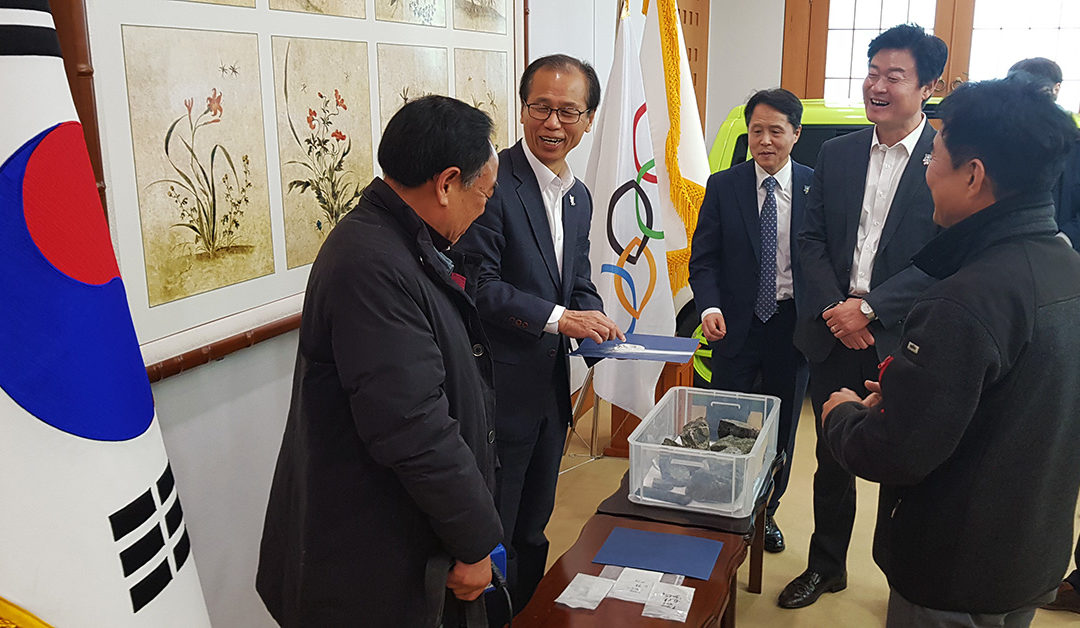 “Gangwon Province is one of 8 provinces in Korea. Located in a mountainous, forested region in northeast South Korea, it successfully hosted the 2018 Winter Olympics. Yeongwol County where the Sangdong Mine is situated is one of 11 counties in Gangwon Province.

Governor Moon-Soon Choi is currently serving his 3rd term, first taking office in 2011, and is now the longest serving governor in Korea. Thanks to the mineral rich status of Gangwon Province and its geographical proximity to North Korea, Governor Choi and his municipal officials have placed a strategic importance on resources, taking initiatives of and providing support to the development of scarcity material including REE and tungsten.

In the pre-MOU session on April 24, he expressed his pleasure in relation to the development of the Sangdong Mine, particularly the commitment of KfW IPEX-Bank. He requested an all-out effort amongst both the Provincial Government/Congress and the County Government/Congress in supporting one of the nation’s most prestigious projects.”

Thank you for registering to receive the latest Almonty corporate media releases by email.

By providing your e-mail address & clicking Yes Please above, you are consenting to receive press releases, quarterly and annual reports, presentations and other information concerning Almonty Industries Inc.